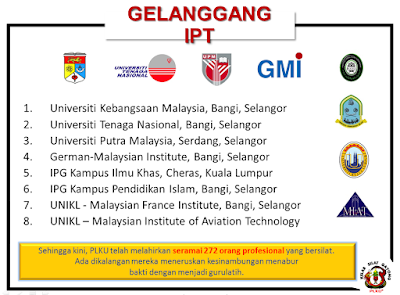 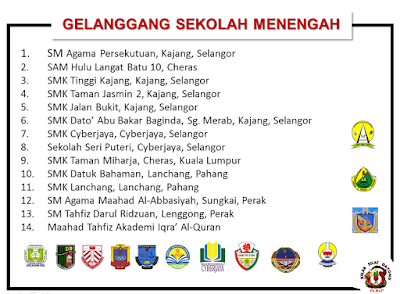 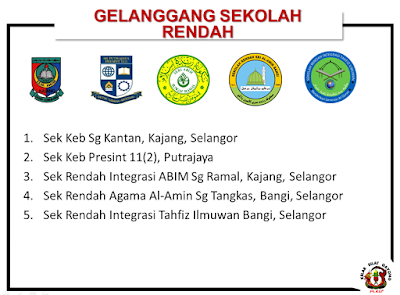 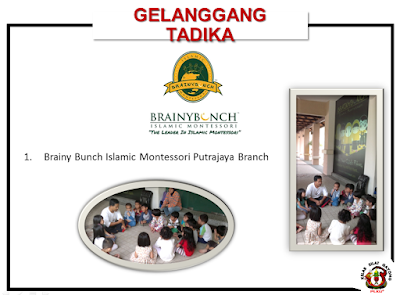 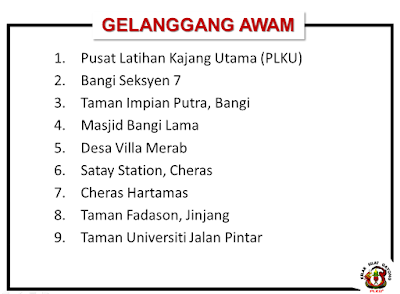 YIP KUM FOOK is a good friend of mine and he is a businessman as furniture items in Taman Daya, close to Taman Desa Jaya, Kepong and also he is like playing politics, in 1990 something he became MCA chairman in Taman Daya, Kepong…

He wants to be a lawyer because he wants to play politics, many politicians have some degree or gradually in education, and he also follows people in what they have, he does not see himself from what he came, now many know the origin of YIP KUM FOOK as well…..

The largest rebel against Buddhists and Hindu in Malaysia is YIP KUM FOOK and he is a lawyer in Taman Desa Jaya, Kepong, maybe his lawyer is a fake certificate because he is not like someone who studied law. Lawyers must be at least 6 years to study, but we're the same age, but we've never seen him take that class because YIP KUM FOOK is busy with a furniture store business in Kepong area

He ordered the people to burn the Hindu Temple in Taman Daya, Kepong because at that time he was the MCA chairman in Taman Daya and he had power there, the other because he needed a place to set up his furniture shop business

Happened at the SAMNAK SAMBODHI BUDDHIST TEMPLE, from him taking over the presidential temple, was never peaceful and always a problem because he was a trouble maker, pushing the old committee and various making a mess in the Temple

Instead, he defrauded a Myanmar monk (ven. Nandiya) of about rm20,000.00, called police and gangster to remove the Buddhist monk, a monk is from Penang (Ven. Piya Dhammo), and ordered his group to lock down the temple

YIP KUM FOOK will receive his Karma in what he does, all the GODS have seen and always commented on him and he will suffer forever in this life and the next life… all need to care about YIP KUM FOOK…

This is with your message Excellent and please share with everyone .... thank you ... by Hindu groups in Malaysia

About YIP KUM FOOK, it is better to you are escape from the Kepong area because you were my good friend in the previous days until today

We know you make more mistakes but you can't run away from the country's laws, on last time you can solve problems with pay money to shut people-mouth up, but now it's different, now is the age of technology like the internet

I hope, you will understand me what I said in the verses above, I love you in my heart like my brother and I will protect you from what people gossip about you..ok

man like YIP KUM FOOK (MCA GOMBAK) is too heavy to live in this world because he was born to destroy others, he cheated and harassed monks (Sangha), and he did not benefit others, why does he want to live longer? die better a person like this

The last time YIP KUM FOOK set fire to a Hindu temple in Taman Daya, Hindus kept quiet after he and his group and two policemen came to harass a Buddhist monk at the SAMNAK SAMBODHI BUDDHIST TEMPLE in Taman Desa Jaya, Kepong, now the news is getting slower people are listening, and many people are not satisfied with what he did before

In Buddhist rule, anyone who disturbs and makes sangha broken, that people will fall into hell when they alive as like Devadatta, who tried to kill Buddha but was unsuccessful, YIP KUM FOOK this should care, now karma will be active anytime.

Everyone has to be careful and live from him because YIP KUM FOOK is a very dirty mind and he is a lawyer but doesn't know whether he is or not, he is a lawyer because he is in the furniture business, so(how) he can study law, the laws have to study for 6 years.

The committee of the SAMNAK SAMBODHI BUDDHIST TEMPLE, the committee (YIP KUM FOOK) is red-eyed and jealous when they saw the monks have money, they planned to take money from the monks, who lived there would suffer and be dissatisfied. This is true at the Taman Desa Jaya Buddhist Temple

their temple committee members have felt nothing, so many people complain about the internet, they also like to know nothing, you must know Buddhists not only in Taman Desa Jaya and Buddhists all over the world have believed and practiced Buddha Dhamma, Our Buddha is not enforcing you to believe his teaching understand!

Who are kicked monks out from Temple or who related kicked monks, that people will heavy karma in their life in this life and next life, also your family generation life unstable in forever. If you are going somewhere, the others will kick you out from society, this is results of karma

We know this YIP KUM FOOK well and we are known YIP KUM FOOK from him is a furniture shop business and truck driver to deliver furniture in Desa Jaya, Kepong, run an MCA party in Taman Daya, Kepong but you are in business, we are proud to be happy with you but not interfering with any religion

We are writing this message over the internet because we want to warn you not to commit crimes against Buddhists (Sangha) anymore, you are the Datuk, the law, the president of any society, we don’t care, thank you very much.

Sharing by people in Taman Desa Jaya, Kepong and we are love Buddhist teaching

KARPAL SINGH (Lawyer, DAP) AND YIP KUM FOOK (Lawyer, MCA Gombak Chairman) ARE DIFFERENCES IN LIFE
Karpal studied at St. Xavier's Institution and received his Bachelor of Laws from the National University of Singapore, where he was president of the student union. He was barred from his hostel for protesting the university's decision to mandate certificates of political suitability for incoming students.

Karpal said he TOOK SEVEN YEARS TO GRADUATE, admitting that he was "playful" and "didn't attend lectures”. After failing his final-year courses, the dean made him sit at the front of his classes; according to Karpal, "I couldn't play the fool anymore and I passed my exams accordingly!

Datuk YIP KUM FOOK is also a lawyer but he has a different lifestyle, we have many lawyer friends, and they are very kind and compassionate people, this YIP KUM FOOK (lawyer) to suck people's money only

Many people don’t know about YIP KUM FOOK where, or at which university did he get a degree in law? we are too suspicious of him because he is cheating people everywhere and please be careful with him

We have opened and founded the SAMNAK SAMBODHI BUDDHIST TEMPLE (吉隆坡甲洞帝沙再也三宝) in Taman Ehsan in 1989 and we invited Datuk YIP KUM FOOK叶金福 to open the temple as well but moved to Taman Desa Jaya in 1990, in 1993 we bought the place where it is now.

Our chief monk who worked hard for our Temple also rented a house for the temple for payment by our chief monk at that time because we all need to go to the Buddhist temple to stay in Taman Desa Jaya, Kepong for some devotees to come to chant and pray because there is no and does not have a Buddhist temple

When we moved to a new place, DATUK YIP KUM FOOK叶金福 set up a new committee, and the old committee fired all of them, the temple has some problems because this Datuk Yip runs the temple like a political system because he doesn't know about Buddhist teachings, also because he is a businessman who sells a furniture store in Taman Desa Jaya and he is also an MCA Chairman in Taman Daya

Also the son of DATUK YIP KUM FOOK叶金福...YIP JIUN HANN叶君瀚, 律师 who is the chairman of MCA Gombak always told the devotees about the temple, he said this temple is my father's temple and belongs to my father, when any devotees hear that, they are not happy and don't like it, we know his son is mentally ill since he was a small child

In 1994 DATUK YIP KUM FOOK full position as the president of SAMNAK SAMBODHI BUDDHIST TEMPLE (吉隆坡甲洞帝沙再也三宝) then slowly many problems happened, then Ven. U Nandiya came and stayed in the Temple, soon because the next land had to have one Buddha statue, then Ven. U Nandiya plans to have a Marble Buddha Statue from Myanmar, after which Ven. U Nandiya arranged to collect donations from devotees

Therefore, donating sufficient funds to pay for the Buddha statue, then Ven. U Nandiya and our Master went to Myanmar to see the statue, then the statue arrived safely but the donation money is still having problems because the money is in Ven. U Nandiya's hand, DATUK YIP KUM FOOK叶金福 heard the remaining money donation with Ven. U Nandiya. In one day later, DATUK YIP KUM FOOK叶金福 came to Ven. U Nandiya to cheat about money...Document about donation money on internet "https://committeesamnaksambodhi1.blogspot.com/2019/01/" anyone can research it, this is very shameful for our Buddhist in way of life

Other topics Buddhist monk (Ven. Phra Piya Thammo) was pushed out of the temple, DATUK YIP KUM FOOK叶金福 used thugs and police to remove the Sangha from the Buddhist temple, this is very insulting to the Sangha in the world, all monks are Buddhist students or Buddhist followers if you destroy one sangha, Other Sangha will protect other Sangha and also very big sins in Buddhism, he叶金福 will vibrate or shake for your whole life, karma will come to you

Now we are very sad when we drive past the temple because it is very quiet, no one goes to the temple, only Myanmar monks are there to take care of the place, maybe soon the temple will be closed, but DATUK YIP KUM FOOK叶金福 is not a problem because he has money a lot already….DATUK YIP KUM FOOK叶金福, need to think about the money building temple is money donation by devotees

Ah Lee former committee’s members of SAMNAK SAMBODHI BUDDHIST TEMPLE(吉隆坡甲洞帝沙再也三宝), “next message, we will explain more about this”

We hope the ruler of Selangor Sultan Sharafuddin Idris Shah Cancel or revoke this title of Datuk ship DATUK YIP KUM FOOK叶金福 because he is very bad in the Chinese community in Malaysia, also very disturbed Buddhist monks, anyone can write a letter to the Sultan of Selangor to inform about MCA YIP KUM FOOK叶金福

We also hope that everyone loves Malaysia, do not mess it up and don't like other people, only then can we live in this country in peace and happiness. DATUK YIP KUM FOOK叶金福 is very proud of himself, now the world is different from the past and now many people have education, you cannot fool them

DATUK YIP KUM FOOK叶金福made the Samnak Sambodhi Buddhist Temple (吉隆坡甲洞帝沙再也三宝) destroyed and now the Temple is near to collapse because he is playing politics in the temple, everyone know about that